From the insecurity of life in Iraq, to becoming a volunteer with Feed Nova Scotia, Ali Al-Khazaali’s journey through life has taken many different turns. Ali arrived in Nova Scotia in October 2017 with his wife, Aster, and twin seven-year-old boys, Ezzuilden and Mohammed. They had fled Iraq a few years earlier to live in Egypt.

Ali, who has a Master’s degree in Computer Science from the University of Technology in Baghdad, owned his own computer shop and also worked in the United Arab Emirates. Aster graduated in chemical engineering. “We love Iraq but it is hard to live where something bad could happen to you,” explains Ali, whose siblings and parents have settled in Jordan. He and his family were able to come to Canada because Aster’s family was already here.

“It was like our dream come true; our life begins again,” says Ali. “We have rights to live the way we like, with the people we want.” He finds Canada better than anticipated. “People in Halifax are friendly, support us in any way; we had community like this in Iraq.” 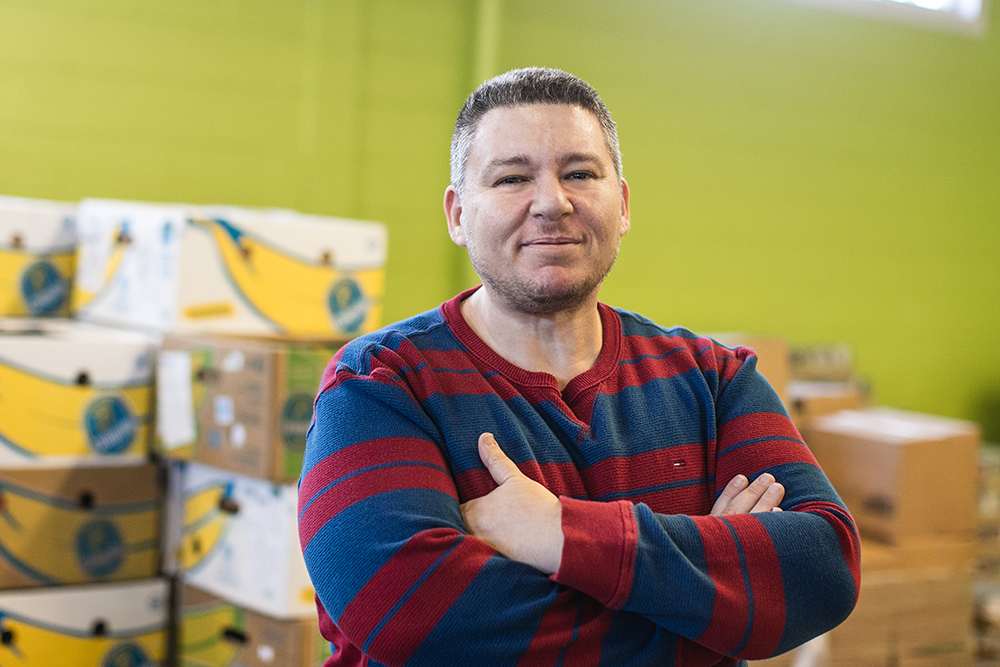 Ali has volunteered weekly for several months at Feed Nova Scotia where he helps organize the food delivery system. “For me, it’s easy. I have worked in many accounting systems and have created some of my own because I had my own business. But I need to learn the Canadian way.”

He was informed about volunteer opportunities at ISANS and hopes to also share his skills with Phoenix Youth Programs. “Somehow it makes you feel happy. Even your mood is different when you volunteer. It gives you some power and it feeds your spirit.”

Ali says he feels fully accepted as a volunteer. “You are giving something to others without them knowing it. Pushing it forward. I am helping them just like people helped us—they wished and prayed for us to come.”

When she’s not studying English, Aster volunteers in their children’s school library. As well as attending a local mosque, the family enjoys community events. “Our kids need to mix with other kids and get used to them and know them,” says Ali.
At ISANS, Ali meets with an employment counsellor, works on his already good English, and has taken a dozen workshops. “ISANS has so many exciting things about settling here and legal issues. They have courses all the time!”

Ali has many ideas for his future. He anticipates opening his own food shop, café, or butcher shop. Exporting goods to the Middle East also is possible. No matter where his future takes the family, he will continue volunteering. “From what I know, volunteering is part of being Canadian. It is part of being in this community.”