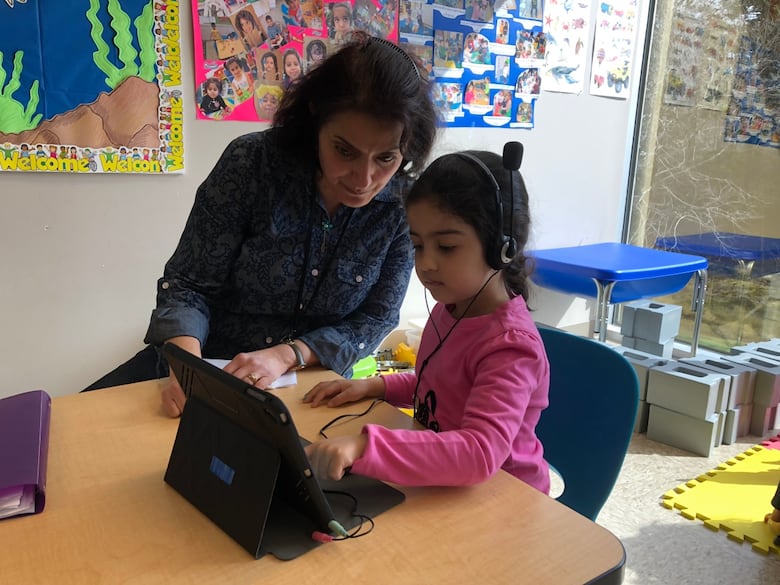 Squiggle Park is a reading game created by a Halifax start-up in 2015 to help accelerate kids’ reading skills in only 30 minutes of weekly play.

The app has been used since February as part of a pilot program sponsored by Immigration, Refugees and Citizenship Canada.

“We were connected with Immigration, Refugees and Citizenship Canada because newcomers in Canada are among the lowest in terms of literacy rates in the country,” said Julia Rivard, co-founder of Squiggle Park.

The game has 25 monster worlds where students match sounds, words, and letters. It is catered toward students in pre-kindergarten to Grade 2.

Roxana Pouladi, an early childhood educator at ISANS, has for the last two months noticed a huge improvement in the kids’ English skills.

“In a short time, they’ve become more interested to know about the alphabet, they’ve started to learn their name, what letter it starts in and they keep on writing it,” Pouladi said.

The pilot program at the ISANS centre on Joseph Howe Drive has 48 children, ages three to five, making ISANS one of the 13 settlement organizations across the country that the Squiggle Park is working with until July 2018.

Rivard said Squiggle Park was not meant to be a product for English-language learning programs, but the company has received feedback from English as a second language teachers who found the game to be beneficial for their students. 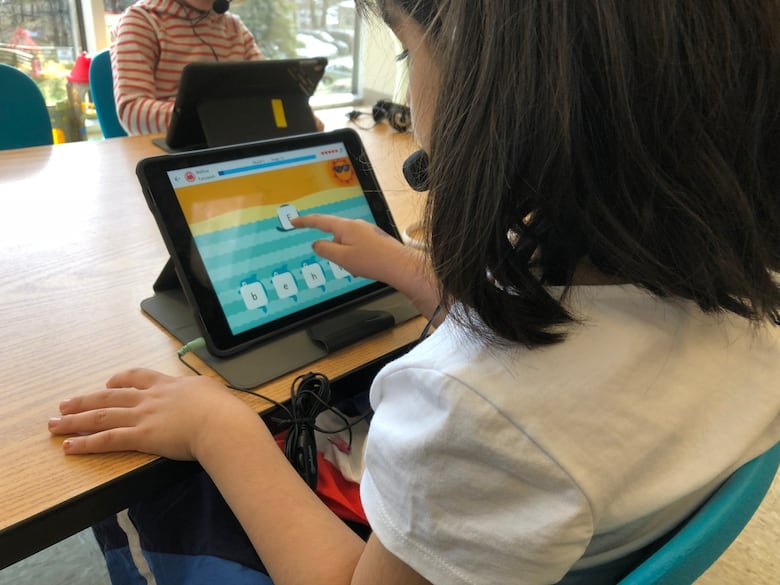 “This is really an opportunity for us to evaluate the efficacy with this specific population and how we can support the instructors in these programs,” said Rivard.

“Our goal is to help kids accelerate their English reading skills to catch up with their English speaking peers by the end of the pilot.”

The game is designed to make children more independent in learning on their own, which Pouladi thinks is very important in the development of refugee children.

“When the refugee families and the children came, they had zero English, but now we find that the kids have become like the translators for their families, so by supporting the children to become independent in some small way we are also helping the families,” said Pouladi.

“Most of the kids can now log in on their own and that makes them very happy and excited,” she added.

ISANS hopes to continue using the app if the children keep on improving by the end of the pilot program.